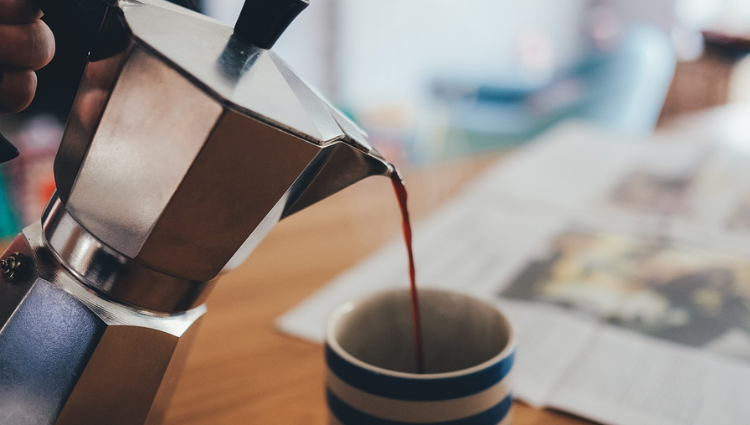 A moka pot is my favorite method of brewing coffee at home, which is typically Italian. It’s very romantic, and you can see it in many films of the 1960s by Federico Fellini and other directors.

The moka pot was invented by Luigi di Ponti in 1933 and later produced by Alfonso Bialetti who made it popular all around the globe. Ponti called the pot “Moka Express.” The original brewer was aluminum, pressure-driven, and stove-top. Although it is a percolating device, according to Bialetti, the invention was inspired by early washing machines. This octagonal manual brewer is sometimes called “caffettiera” or “macchinetta” in Italy.

If you are a coffee connoisseur, then you definitely need to learn about the best Italian coffee traditions. It is very interesting!

The principle of operation of the Moka Express is the following: the device causes hot water to pass upwards, through coffee grounds, and rise up out of a tube. Thus, brewed coffee doesn’t have to pass through any additional filters, as the grounds stay below the final extraction. 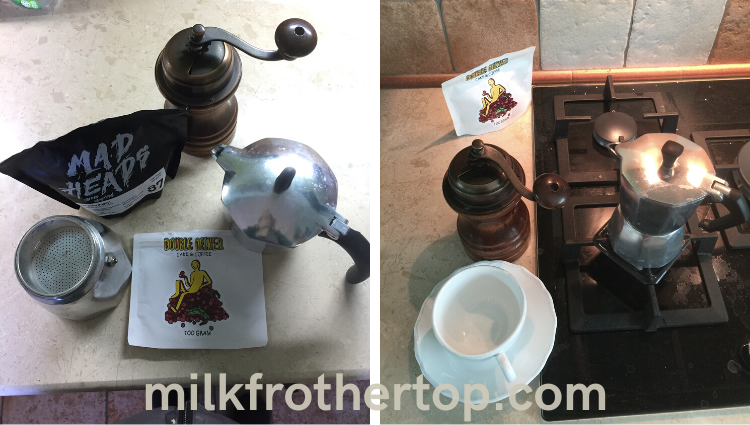 As already mentioned, the first moka pots were made of aluminum, but modern devices are mainly stainless steel.

In the 1930s, when there was an economic crisis in Italy, thanks to the moka pot, there happened the historical shift from espresso as an out-of-the-house only beverage to the one available for making at home. Although the pressure in the moka pot is about 2 bars compared to 9 bars in an espresso machine and the drink turns out to be more intense and concentrated than espresso, I’m a fan of it. Making coffee this way is kind of a ceremony and meditation for me. In my blogs on Instagram, Facebook, and YouTube, I’ve got a lot of reviews of different recipes of brewing in the caffettiera.

In 1953, Bialetti’s designers created a logo of a man with an impressive mustache who raises his index finger. This drawing still represents the brand. There is a great diversity of moka pots of this brand. You can find even a cow-printed brewer with a cappuccinatore inside for milk-based coffee lovers. 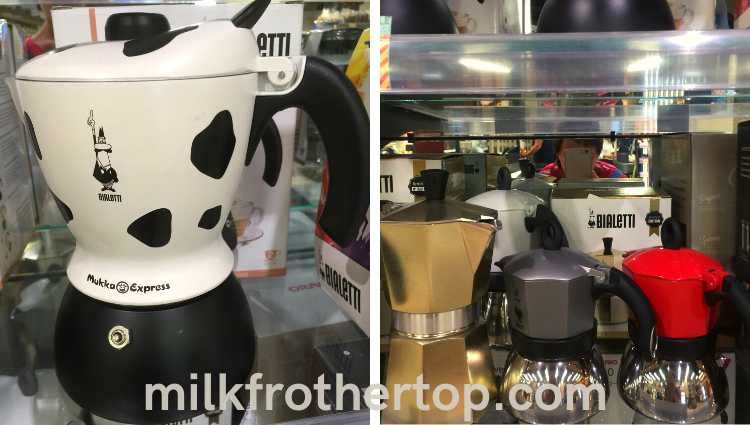 The brother of the moka pot is the Neapolitan flip coffee pot, which is originally called “caffettiera napoletana.” Actually, it is a drip brew coffeemaker. A “napoletana” doesn’t use the pressure of steam to force the water through coffee, relying instead only on gravity.

There is a real advantage in this method of brewing: starting the brewing process with very hot water helps to avoid “baking” your coffee grounds before extraction. I like the idea that the top is kept closed so that coffee won’t boil over as it can happen in case of using an ibrik (cezve). I know that some people brew it with the lid open.

We have prepared an excellent selection of the best dark roast coffee. Find out which one will suit your taste!

There are some tips on how to make perfect coffee in the moka pot. First of all, pour water into a lower chamber to a special mark. You don’t need to tamp the ground coffee. Note that the grind should be coarse. The roast of the beans must be filter, not espresso. When the top chamber is full, you should turn the stove off without bringing coffee to a boil. Be careful: if there is no water in the lower chamber, your moka pot can explode because of the pressure inside. Besides, you should brew coffee over low heat. It takes about 4 minutes for coffee to be ready. Some baristas suggest turning off the stove when coffee starts pouring out into the upper chamber. 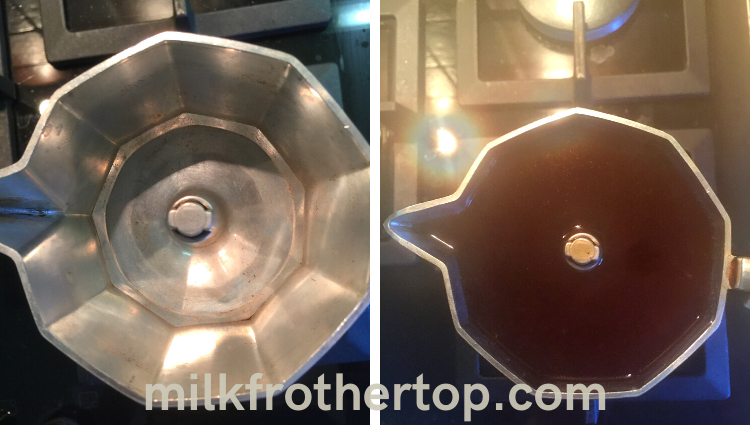 I think that Italians really know what “dolce vita” is. For me, they’re real trendsetters in gastro culture. They enjoy life, cooking, and brewing coffee. When I was in Italy, I felt that love, traditions, and their desire to share them with the world. So, if you’re interested in the Italian culture, the moka pot is a good example of their authenticity.