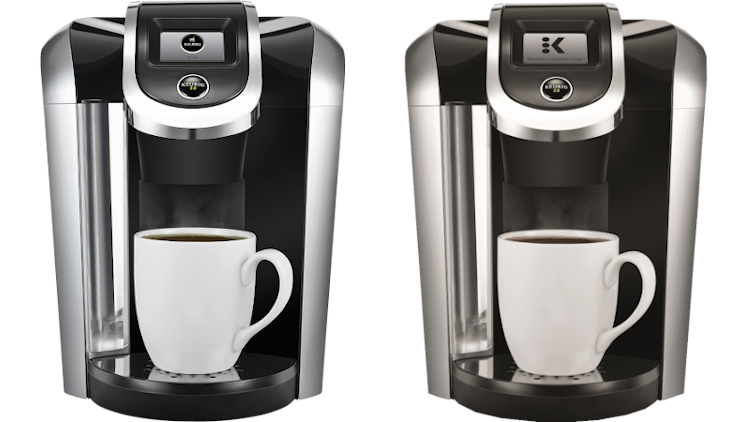 Usually devices from the same series may seem identical. There is no exception to Keurig brewing systems. In particular, this article is dedicated to Keurig K450 vs K475, and it will reveal all their qualities and show whether the appliances are really the same as they look like.

Let’s compare two popular coffee machines from the Keurig brand. But first, you are invited to check their specifications that will help you to dive into a more precise description of each more smoothly. 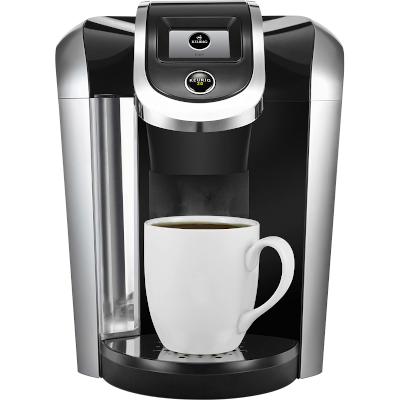 The Keurig K450 has a pretty standard design that can match any kitchen. Besides, due to its dimensions, it won’t look ridiculous in a big kitchen and bulky in a small one. At the same time, it will be quite a helpful device for a small family, thanks to the voluminous water reservoir.

In fact, Keurig has lots of decent series of brewing machines. Check the major ones in the Keurig 1.0 vs 2.0 comparison to learn more about how they differ.

The brewing machine is made of BPA free plastic, and almost all the parts can be detached easily for regular cleaning procedures. In particular, a water reservoir at the left and a charcoal filter in it can be removed and rinsed under tap water, just like a drip tray. By the way, removing the latter one allows using a carafe that comes in a set or a travel mug directly under the nozzle.

The machine is operated by a color touch screen and an auxiliary button that launches the brewing process; both of them are on the lid of the brewing compartment. Thus, when it’s open, the old pod can be removed and the new one can be loaded.

In terms of customization, Keurig provides lots of options that can be chosen according to your taste, particularly strength and volume of the drink. Besides, every user can program a clock, the auto brew option, or auto on/off and even select the wallpaper for a display. For those who are not fond of coffee, the machine can also brew some tea or hot cocoa.

Pros
Cons
Before you jump to an overview of the K475 model, perhaps you want to check another comparison. MilkFrotherTop has an article on Keurig K475 vs K575. The Keurig K475 has a design usual for devices from the 2.00 line. In particular, all the angles are rounded and the edges are sleek. Besides, the plastic has a glossy finish. Moreover, there are a few color options available such as sandy pearl, black, and red. Its size fits any kitchen even if you have a pretty small countertop.

The detachable parts such as a water reservoir, a drip tray, and a carafe are easy to remove and wash. By the way, the latter comes in a basic set, so you don’t need to search for the most convenient one. Meanwhile, you may need to have a travel mug, but be sure it fits under the nozzle to pour some coffee exactly in it.

As for the brew sizes, they can be different depending on the pod you choose. However, you still can adjust it along with strength and temperature on the touch screen control panel. In addition, a clock, auto on/off, the auto brew, and an energy-saving mode are also available for being programmed by a user.

Its operation is another thing that should be mentioned. The point is that it’s very simple to understand since all the steps are clearly seen on the display.

The machine is able to make not only coffee but also hot cocoa. Fortunately, it is equipped with a large water tank with a charcoal filter that can cover the requirements of the whole family.

Pros
Cons
If you are not sure which one is better, don’t worry, you’ll find the answer in the next section of the article. But now you are invited to check a review of Keurig K250 vs K350.

So, What Is the Difference Between These Models?

Perhaps you don’t see any difference between these two models. Indeed, at first glance, they look the same, but once you go deep into their features and specifications, you can notice a slight distinction.

First of all, let’s take a look at their dimensions and weight. As you can see, the K475 is a bit smaller than the K450 model. Meanwhile, the K475 weighs more. The next thing that may be crucial for some users is the temperature control, which can be adjusted only in the K475. Besides, this model has more brew sizes than the K450.

In general, the K475 model is an upgraded version of the K450 one. In other words, it is a worthy successor of its older brother.

Despite the fact that Keurig devices are quite popular, some people may have trouble finding a particular machine. If you are one of them, for sure, the Where to Buy Keurig Coffee Maker in 2020 article will come in handy.

What Should I Buy?

In fact, these two models are almost identical except for a few differences mentioned before. Thus, if the size of the appliance, the temperature control option, and the number of brew sizes are not really important for you, then you may want to buy the K450. Otherwise, it’s better to opt for the K475 since it has more adjustable settings including the missing ones in the K450 machine.

However, there may be only one obvious answer to the question “What should I buy?” since the K450 is already discontinued and the K475 was specially designed to replace the previous one. Thus, finding the K450 may be quite challenging compared to the K475 model.